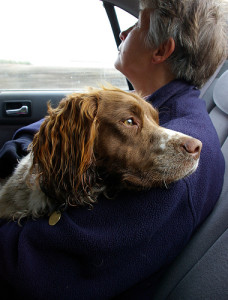 We, at Lost Dogs Illinois, feel it is important to keep you informed on how we are trying to support our mission is reuniting lost dogs with their owners.

Last Thursday (November 19, 2015) our Director attended the open meeting of the Commission (advisory board)  for the City of Chicago Animal Care and Control. She read the following statement:

The management staff of CACC has been so concerned with increasing their live release rate that they have done this at the expense of owned family pets and rescues. Rescues are doing the heavy lifting. Many of these rescues volunteers are paying taxes to support CACC while they are funding their rescue organizations and volunteering their time to take care of these animals..

Many progressive animal controls have over a 50% return to owner rate for dogs and 9-13% RTO for cats. Many of these owned dogs and cats at CACC are being adopted out, transferred to other shelters and rescues or killed.

These same progressive animal controls have adoption programs and promote adoption events to find homes for the homeless.

Creating programs to keep animals in their homes and out of shelters reduces shelter intake. Preserving the owner/animal bond should be at the heart and soul of every animal shelter’s core mission

It is time for the City of Chicago to hire a Director who will implement progressive, proven programs like a lost pet recovery and viable adoption program including an intervention program to keep animals in their homes.

Illinois is ranked number one in animal protection laws in the US even though Chicago, a world-class city, is lagging way behind in saving lives and keeping animals in their homes.

One final note: Chicago’s shelters are rich in cash assets. I understand that it is good business practice to have a surplus and that some assets are locked in.  BUT when the three largest shelters have over $100 million in assets. Doesn’t it make sense to collaborate with CACC to offer free microchip events to Chicago residents, develop programs to keep animals in their homes, and to help with CACCs adoption program. I hope common sense will prevail to save lives.