In 2015, The Chicago Reader published an article entitled “Welcome to the Cook County Animal Maze”. The text of the article is reprinted below. We wanted to update our fans on our progress since then.

For the last two years, Lost Dogs Illinois has been using and promoting a centralized database called Helping Lost Pets (HeLP). LDI believes in the Power of One! If all of the entities used ONE centralized database it would make it much easier for lost pets to be reunited with their families. So far, only one stray holding facility in Cook County is using the HeLP system. That is the City of Chicago Animal Care and Control. The rest of the facilities do not use HeLP. The county remains a confusing patchwork of systems, with little to no cross-commuication between them. Some stray holding facilities, vet clinics and police departments post photos of impounded pets on Facebook or their websites. Some do not.

We are frustrated and disappointed that more facilities do not utilize HeLP. It is FREE and has numerous features to enable owners, finders, employees and volunteers to make “matches” between missing and found pets. Together we could help more dogs get back home to their rightful owner.

A patchwork animal-control system with no central database has made Chicago and its environs a place where lost dogs stay lost. Animal lovers and Commissioner John Fritchey want to change that. 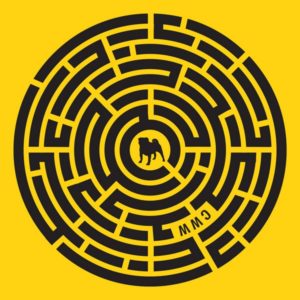 Last November, a yellow lab named Harley escaped from the yard of his home in Garfield Ridge, near Midway. As they searched for him, Harley’s owners checked both Chicago Animal Care and Control and the Cicero facility Waggin’ Tails Animal Shelter, with no luck finding him.

But Harley had in fact been taken to Waggin’ Tails after his escape. From there he was transferred to the Animal Welfare League location in Chicago Ridge, which is where some volunteers with Trio Animal Foundation found him in early December. Chicago-based Trio pays medical bills for homeless pets, and the volunteers were looking for animals in need of help when they noticed a hematoma on one of Harley’s ears, both of which had become infected.

Bridgid Nolan, Trio’s medical and rescue director, says that despite his condition, it was immediately obvious that Harley was no stray but a lost pet. “He was way too good not to have been someone’s dog,” she says. “He was well mannered, incredibly calm and affectionate.” The Trio volunteers took him to the organization’s vet, who treated Harley and was the first to inform Nolan that the dog was microchipped.

Nolan got the information from the chip; the phone number was disconnected, but the address led them to Harley’s family, and soon after, Harley’s owners—a father and two young children—came to Trio’s facility to claim their pet. When Harley saw the family, Nolan says, “he jumped into the kid’s lap and started rolling around on his back. They were all on the ground in this joyous reunion pile.”

Still, the owner (who declined to be interviewed for this story) was “pretty frustrated.” Nolan says Harley was held by Waggin’ Tails for 14 days before being transferred to AWL, during which time a letter was supposed to have been sent to the address associated with the microchip. But not only had Harley’s owner failed to receive a letter, he’d gone to the shelter and been told that his dog wasn’t there.

Harley (and his owners) got lucky. But not all lost pets do, and Nolan says that Cook County’s lack of a centralized database to track recovered stray animals is a major part of the problem. “It’s a frustrating, dangerous situation,” she says. “Dogs get euthanized, cats get euthanized. They get transferred to rescue groups and then they’re adopted out. The whole system’s a bit of a mess here. I can barely navigate it sometimes, and I’ve been [working in the rescue community] for 11 years. For the general population, it’s super overwhelming. You have no idea what’s going on.”

There’s no question Cook County has a decentralized, patchwork system. Chicago Animal Care and Control, in Little Village, takes in all the animals impounded within the city limits. But in the suburbs, each municipality is responsible for its own animal control, and with 135 municipalities in Cook County, there are a lot of places where a lost animal could end up. Most municipalities contract with shelters like AWL or private facilities like animal hospitals to care for impounded animals. (Cicero and Evanston, which have their own facilities, are the exceptions.) Cook County Animal and Rabies Control is responsible for unincorporated areas and the Forest Preserve District (which together total 234 square miles, just short of a quarter of Cook County’s 945 square miles of land), but doesn’t have a facility of its own either; all stray animals impounded by CCARC—on average about 500 a year—go to the AWL shelter in Chicago Ridge. From there, unclaimed animals may be taken in by other shelters, adopted by individuals, or euthanized. Yet there’s nothing to help owners find their missing animals amid this sprawl.

That warning turned out to be true. “It’s a maze to find your lost dog,” Taney says. She doesn’t believe that the current system is efficient or effective, and points out that the CCARC website doesn’t even list the stray holding facilities used in Cook County (her nonprofit’s site, lostdogsillinois.org, does, in addition to hosting its own database of dogs that have been lost or found by individuals). “Dogs have four legs, they can’t read signs. They can’t tell what municipality they need to stay in,” she says. “We’ve had dogs found in Wisconsin.” 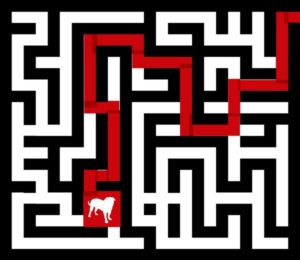 Last September, Dolton Animal Hospital, the facility the village of Dolton in Cook County contracts with to house its stray animals, was shut down after a police officer found four dead dogs, nine emaciated dogs, and a severely emaciated cat that later died. In the aftermath of the discovery, law student and animal rights advocate Sarah Hanneken started an online petition demanding that CCARC be held responsible for its handling of stray animals. In it, she questioned the department’s use of its $3.5 million budget, particularly the fact that the 24-person department has only six animal control wardens for all of Cook County.

Hanneken sent the petition, which ultimately collected more than 3,000 signatures, to all of the Cook County commissioners, and at the county’s public budget meeting in downtown Chicago last October, she and Taney each outlined their concerns about CCARC.

Cook County commissioner John Fritchey says that the issue was already on his radar—over the last couple years he’s received hundreds of complaints about CCARC. And he says that at the budget hearing Hanneken and Taney attended last fall, some of the answers given by Donna Alexander, CCARC’s director, “didn’t match up to some of the facts I had.” For example, he says, Alexander told him that someone is reachable 24 hours a day. But one evening during the 2014 polar vortex, Fritchey got a call about dogs being left outside in West Town and tried to contact CCARC. It took him several tries to reach anyone, and “when I did, I was told that nothing could be done until the next day, there was nobody they could put me in touch with and nothing they could do,” he says.

“A number of questions [have been] raised about their budget, how they’re using their resources, salaries,” Fritchey says. And “I’ve had multiple instances where routine requests for information from my office to the department have been treated as Freedom of Information requests,” he adds. “That in itself raises red flags to me, and sets a very bad tone.”

In January, Fritchey asked Patrick Blanchard, the Cook County inspector general, to conduct an operations review of CCARC, which is currently under way. (Because the investigation is ongoing, Blanchard was not able to comment.)

“The Dolton case is one example of what’s wrong with the system,” Fritchey says. “It did not involve a facility that the county contracts with. But if we provided our services better, there’d be no need or opportunity for something like that to happen.”

“Dogs can’t read signs. They can’t tell what municipality they need to stay in. We’ve had dogs found in Wisconsin.”—Susan Taney of Lost Dogs Illinois

Fritchey thinks that, in addition to improving animal-control services, Cook County should operate its own shelter or shelters, centralizing the animals currently impounded by CCARC and municipal authorities. For examples of models to follow, he points to Los Angeles County, the only one in the U.S. with a greater population than Cook County’s (it has six shelters), as well as Arizona’s Maricopa County and Miami-Dade County, which are both larger than Cook County in square miles. “There’s no question it’s feasible,” he says.

Asked about CCARC’s responsibilities and goals, department spokesman Frank Shuftan (who said he’d collaborated with Alexander, CCARC’s director, on the e-mailed answers) emphasized rabies control: “The department’s main goal is to protect the public health from rabies and other diseases transmitted from animals to people through vaccination, registration and education.” (This is essentially identical to the mission stated on its website.) The e-mail addressed the spaying and neutering of pets, but discussed stray animal control only in relation to the training in animal control techniques that CCARC provides for Cook County municipalities.

That’s because in the department’s view the present system making each municipality responsible for its own animal control is the most efficient one. “Strays are most easily apprehended by local animal control or properly trained law enforcement who are familiar with the terrain and who can be deployed rapidly due to proximity,” wrote Shuftan. Moreover, CCARC maintains, placing lost animals in shelters close to their homes increases reunification rates with owners: “Best practice holds that a centrally located facility does not increase owner and animal reunification as well as locally based housing.”

As for a central, searchable database, CCARC’s reply again focused on rabies: the department’s discussed creating a password-protected one to allow law enforcement officials to access rabies tag records, but it’s a “technical and capital issue” that hasn’t come to fruition, Shuftan said. He didn’t address the question of creating a database of animals impounded by CCARC that, like Lost Dogs Illinois’s, is publicly accessible.

Fritchey, who owns a rescue dog himself, doesn’t think the “technical and capital issues” CCARC refers to are necessarily insuperable. He points out that Cook County has quite a few buildings that are currently standing empty; it might be possible to retrofit one as a shelter. “I wouldn’t be surprised if we’re able to do that for less money than we’re spending now, with better results,” he says.

“If Cook County wants to say, hey, we are doing what we are supposed to do under the law, OK—that’s fine,” he adds. “But just following the law doesn’t meant that you’re doing things right. Can’t we do this better, even if we need to make legislative changes to do it?” Fritchey realizes that, especially in the midst of city and state budget crises, he may be criticized for focusing on animal control, but shrugs that off too. “When you look at animal welfare issues, it’s not just about the animals, it’s about the owners and families they came from,” he says. “People care about this issue. It’s not a frivolous issue.

“There’s few people I like better than my dog,” he adds, “so this is an easy one for me.”

Reprinted from The Chicago Reader