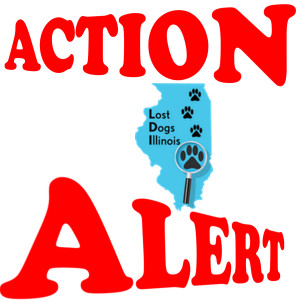 Last week we posted our action alert to encourage all Cook County Residents (including Chicago)  to please contact the President of Cook County Board and each County Commissioner Board Member and let them respectfully know that you support the recommended changes presented by the Cook County Inspector General as a FIRST step toward fixing the problems of Cook County Animal Control.

As you are aware, the Cook County Inspector General recently completed an operational review of the Cook County Animal and Rabies Control Department. The review analyzed the administration, operations, budget and overall practices of Animal Control. The report found things that taxpayers have long known to be true – that the department is woefully mismanaged and not adequately serving the public.

This report revealed several areas of concern, including:

* No centralized database for posting found dogs for Cook County.

* No facility. Nationally, it is incredibly rare for an animal control department to not operate its own facility. Cook County is one of the only local animal control agencies that does not have its own holding facility for stray animals. DuPage, Kane, Lake and McHenry counties have shelters to house stray animals, reunite pets with their owners and adopt homeless animals out.

* Millions of dollars budgeted and spent with nothing to show for it. When you compare the County’s animal control department’s budget to that of the City of Chicago, this fact is even more appalling. In 2014, the County only picked up 262 animals. In 2014 alone, the City of Chicago, with less square footage and fewer residents than the County, took in 21,037 animals!

* No central repository system (microchip numbers and rabies tags number) available to other shelters and law enforcement to reunite pets with their family quickly.

These are just a few of the items cited which are disconcerting for taxpayers and voters in Cook County.

Any pet owner in Cook County or surrounding areas is doubly concerned since a lost pet that ends up in this system has virtually no chance of being reunited with its owner and a high probability of death. I urge you to vote for and support major changes at the Cook County Animal and Rabies Control Department.

Over 60% of residents in Cook County are pet owners. They deserve a system that works to protect them and their pets. They deserve your vote for change.

Here is the listing of the President and the County Commissioner Board.