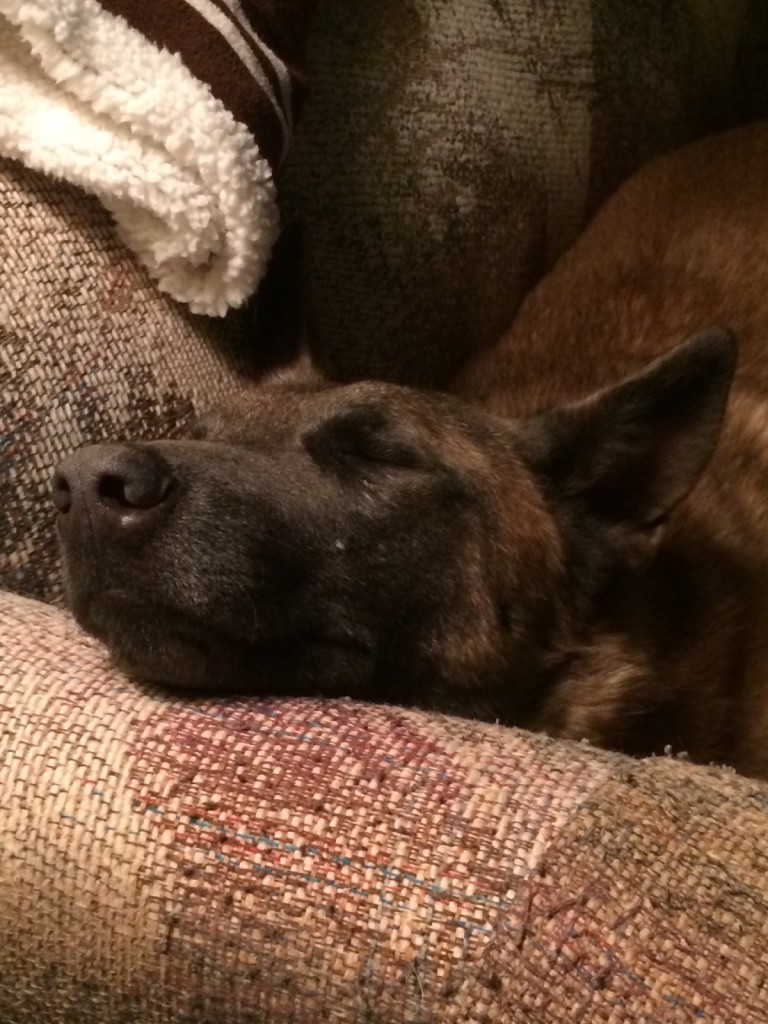 Susan Hochgraber was so thrilled to see her Belgian Malinois again after 11 days that she almost didn’t mind the “guests” Rosie brought home with her.

“Ugh, the emergency vet found 20 ticks on her the day we got her back,” Hochgraber said. “Then 10 more the next day, and our regular vet found eight more after that. Other than the ticks and a few cuts on her paws, though, she was OK.”

Hochgraber, a canine massage therapist from Midlothian, Ill., had barely had time to get to know the dog she rescued January 15, 2016 before Rosie escaped on April 12.

“Rosie had been rescued from the streets. It took a week and a half just to get her comfortable living with me,” Hochgraber said. “We had just finished her third week of obedience training when she escaped.”

Hochgraber had noticed that Rosie was beginning to jump at fences, so she instructed her dog walker to take off Rosie’s leash only after she had gotten the dog into the house. But the dog walker unleashed Rosie in the yard that day.

Rosie promptly jumped Hochgraber’s 4-ft.-high fence into a neighbor’s yard, and then double-jumped the neighbor’s gate fence into the street. She was gone in a flash.

Hochgraber turned to Lost Dogs Illinois,  FindFido’s service, Facebook, friends and neighbors, police departments in surrounding suburbs, and Perfect Pooches, a Chicago-area dog rescue and adoption agency, for advice on getting Rosie back.

“I did everything everyone suggested – flyers, postings, everything,” Hochgraber said. “People reported a lot of sightings, particularly around a park about two blocks from my house, and especially around one of the five ball fields at that park.”

People also reported seeing Rosie along the Metra railroad tracks that run between Midlothian and Robbins. Rosie apparently followed those tracks down to Robbins, where a woman named Charita lives with her family.

“Charita had seen our flyer and called me when she saw Rosie on April 21,” Hochgraber said. “I drove to Robbins, turned a corner and saw Rosie out in a field.”

Hochgraber called out to her dog, which got Rosie’s attention; but when she made a move towards her, the dog bolted in the opposite direction.

Volunteers from Perfect Pooches helped Hochgraber set up humane traps and round-the-clock surveillance in Charita’s backyard and near an abandoned house next to her home. They figured it might be Rosie’s “quiet place,” where she went for the night.

Hochgraber placed Rosie’s blankets in the traps, as well as towels that had the scent of her other dog, a German Shepherd named Buddy. The volunteers baited the traps with some of Rosie’s toys and treats like hot dogs and BBQ chicken from KFC.

The first night, Rosie managed to get the food and even lie on a blanket left inside the trap without tripping the door. The next night, she lay down next to the trap. 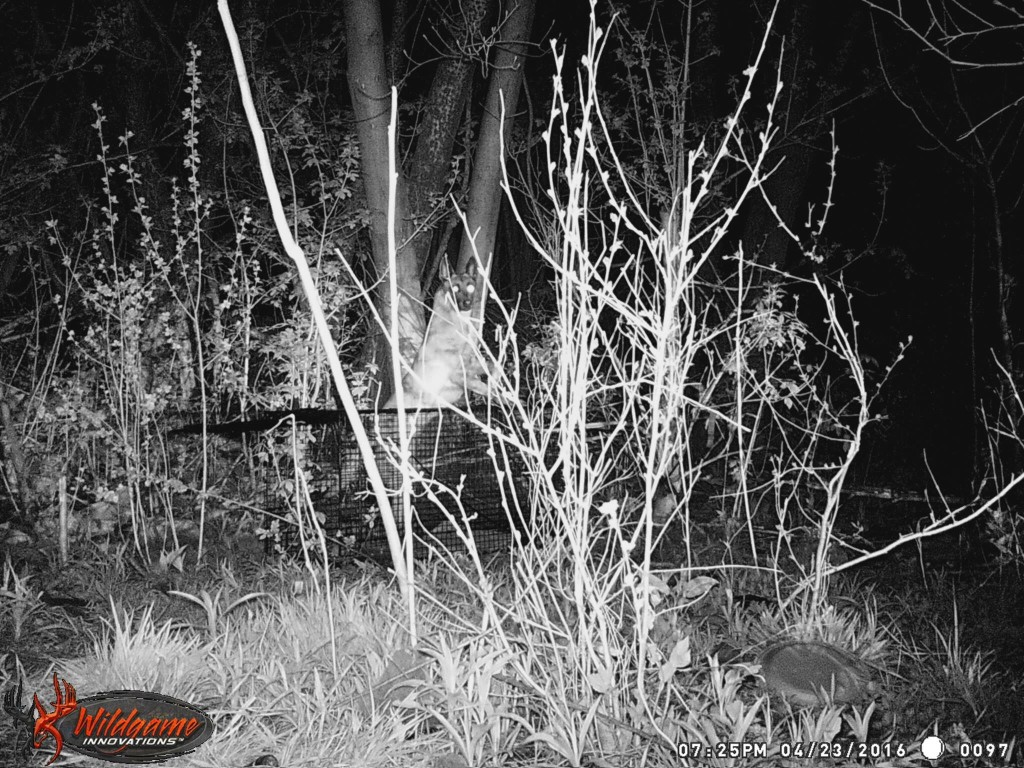 Is this a trap?

The third night, April 23, Rosie lay down inside the trap. stretched out, and tripped the gate door shut. The volunteer on duty waited five minutes to make sure Rosie was inside before calling Hochgraber with the good news. 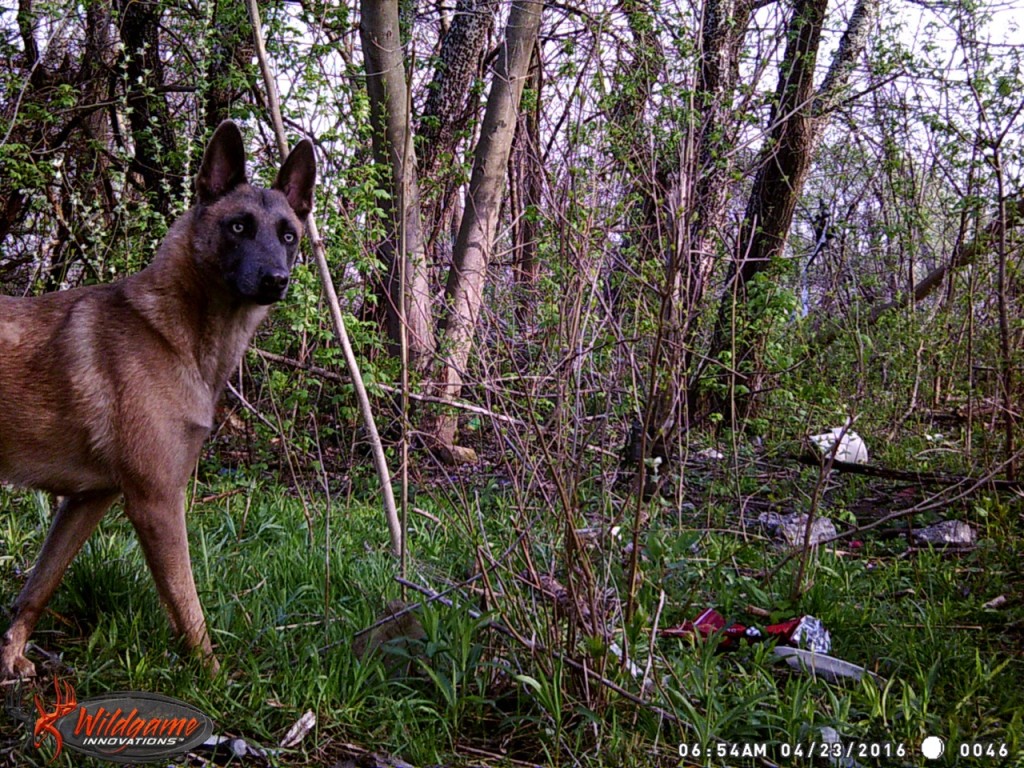 Hochgraber said she plans to replace her 4-ft. fence with a 6-footer. She put a GPS collar with a tracker on Rosie, “and she is always on leash now when she goes out,” Hochgraber said.

“I’m grateful to Lost Dogs Illinois for all the help and support I got,” Hochgraber said. “LDI suggested things I wouldn’t have thought of doing, such as putting flyers up at gas stations and other high-traffic locations. I am also grateful to all the people who came out and helped me search for my baby girl.”

She added that the people who follow the LDI Facebook page were nothing short of “amazing” with all their reports of sightings and notes of encouragement.

“Their support helped me get through 11 days of hell,” Hochgraber said.