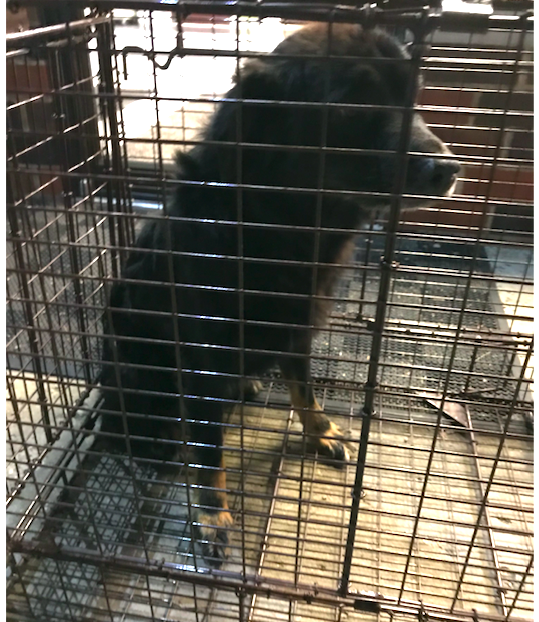 Ebony is a rescue dog with Placing Paws Rescue, where I am a volunteer. She was adopted out and escaped from her new owners house less than a week after being adopted. I live close by, and as soon as she went missing me and other Placing Paws volunteers were out. We put up flyers like crazy, fielded sightings, walked for miles talking to people, feeding stations were set up with cameras.

Eventually a pattern emerged and we were able to figure out what to do and where. Placing Paws spared no expense in finding her, and I was NEVER going to give up on her until she was found. It was exhausting, hard work, but to me, and Placing Paws, worth every second. When she was caught ( in a live trap) she was loaded up and went straight to the vet to be checked out. She has a nasty gash in her shoulder which had already started healing and a fever, but she will be fine 🙂

We are lucky because we are a pretty tight, dedicated rescue group who truly love our animals. A true team effort.   Thank you for all you do to help get these fur babies home !!! 🙂