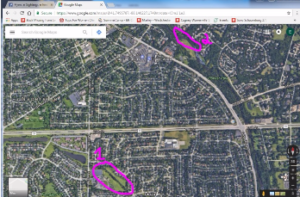 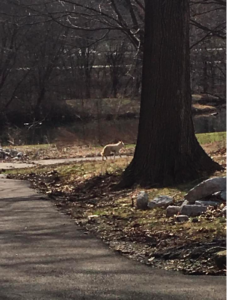 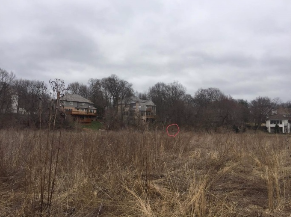 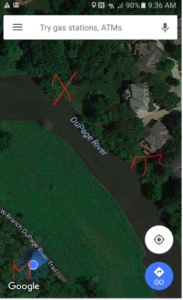 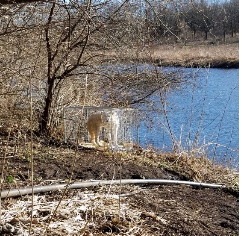 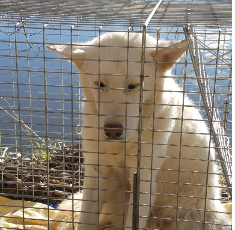 Pepper is a very friendly Shih Tzu that got loose from her owner to chase a rabbit as her owner was attaching a tie out line. Pepper’s home is in a small subdivision next to another small subdivision in an industrial area on the outskirts of town. She ran off on Monday, 3/15. 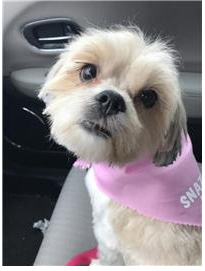 A neighbor a few streets down saw Pepper and yelled at her to “Go Home”. Pepper bolted back towards the front of the subdivision. Pepper’s owners searched and searched and not finding Pepper anywhere, they put out food and scent items. In the days following, they got fliers and intersections signs out. Nothing. Fear and doubt set in.

The industrial park has constant traffic, active train tracks and 24 hour semi traffic at a shipping hub. Four days later, on Friday, someone said they had seen her at a building in the front of the industrial park. Great! A feeding station was set up. Days and days went by. Nothing. Fear and doubt set in again.

Monday late afternoon another sighting came in, but it was delayed. She had been seen Friday at the back of the park running towards the tracks. While the owner was at the store making copies, preparing to widen the search, her phone rang. It was a teenager from the neighboring subdivision. The kids were playing outside and Pepper had crossed the busy roadway, wanting to play with the kids! The owner arrived quickly. When Pepper saw her mom, she ran right to the car! She was filthy dirty, but safe! 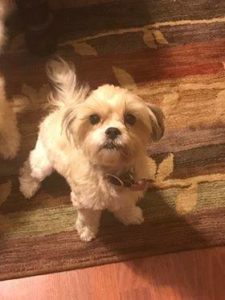 I am home safe and sound.

Pepper’s owner followed the Lost Dog of Illinois recovery process, even when the strongest doubts tried to take over. Pepper is a tiny dog that survived freezing temps, av industrial park, heavy and fast traffic and an active rail line for a full week! Welcome home Pepper!

Thank you, Stephanie, for sharing Pepper’s story and being supportive of Pepper’s family!