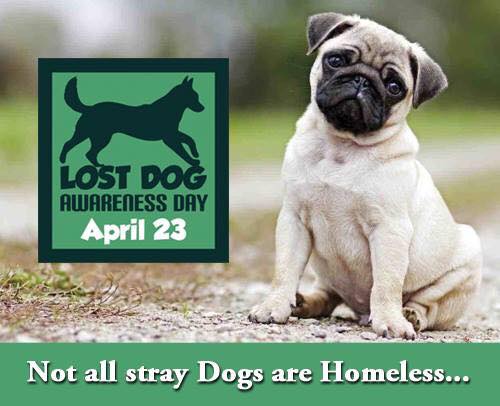 On April 23, 2014, Lost Dogs of America created and launched the first National Lost Dog Awareness Day (NLDAD), a canine-focused day aimed to bring attention to all dogs that are lost each year, while also celebrating the thousands of lost dogs successfully reunited with their families.

Lost Dogs Of America (which Lost Dogs Illinois is a partner) is an all-volunteer organization with the exclusive purpose of providing a free service to help reunite families with their lost dogs.

The tenacious efforts of the combined states’ volunteers efforts, along with over 500,000 fans have helped reunite over 100,000 dogs with their families since 2011.   Getting lost dogs back home reduces stress on owners’, staff at shelters/animal control facilities, other dogs in the facilities, and ultimately saves taxpayers’ money. It also opens up kennel space for truly homeless dogs.

“When a dog goes missing, many families give up looking for their lost pet. National Lost Dog Awareness Day was created to give hope to the families still looking for their dogs and remind the public that “not all stray dogs are homeless dogs”. 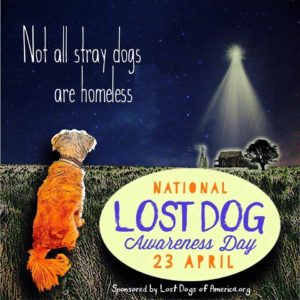 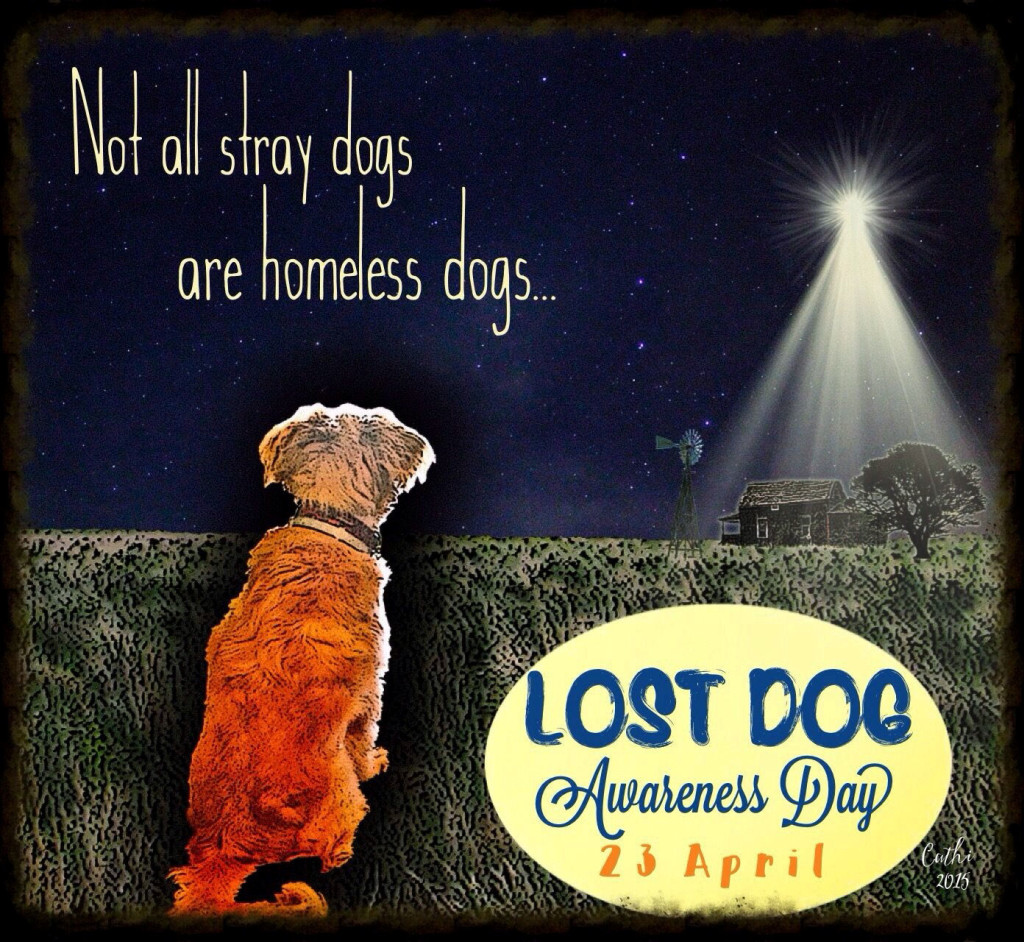 We are gearing up for the second annual National Lost Dogs Awareness Day which is Thursday April, 23rd. We are reaching out all over the nation to increase awareness and to show that not all stray dogs are homeless. Most have a family out there frantically searching for them. They don’t need a new home, they just need help getting back home.

Join us on our mission to spread the word and increase awareness throughout the month of April, Then join us on Thursday, April 23 as we observe the second annual National Lost Dogs Awareness Day created by the founding members of Lost Dogs America.