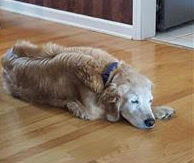 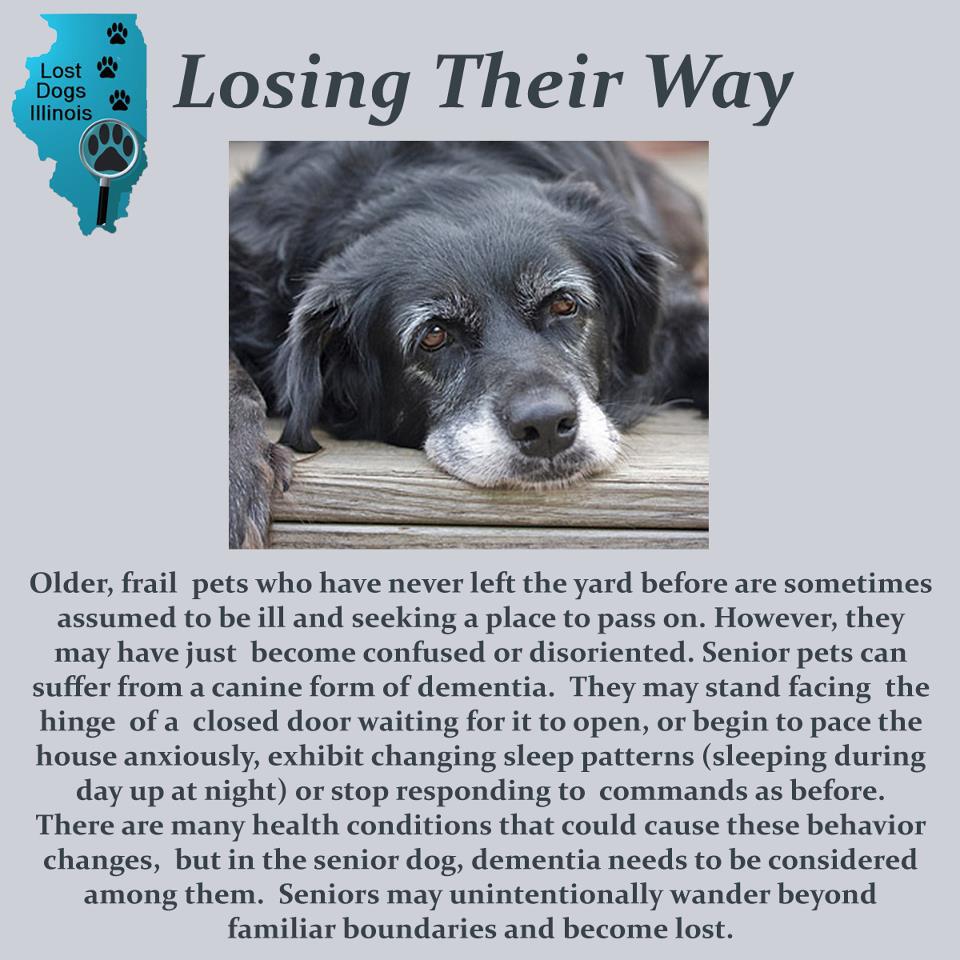 -From the day he was born, Mugsy, a Golden Retriever mix, was a special dog. Nine years ago Elizabeth and Kevin Gerrard adopted his mom only to find out the next day that she was pregnant. Several weeks later Sandy gave birth to seven puppies and all but one were given to good homes. Little Mugsy suffered grand mal seizures and required special care, so Elizabeth and Kevin kept him. Now that Mugsy is a senior, he is taking medications for epilepsy and hypothyroidism and requires frequent visits to his vet. 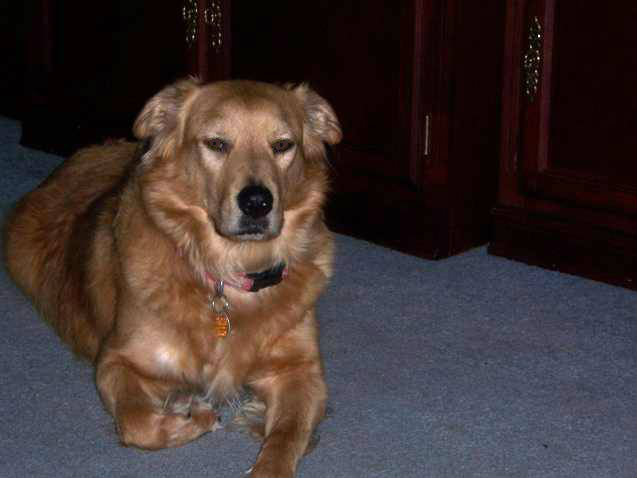 This is one of the reasons that the Gerrards were so scared when, in April, Mugsy escaped through their storm door. Besides being on medications, they live in an area of  Bloomington, IL near several busy roads and his inability to move quickly would put him in added danger. They immediately searched their neighborhood’s streets and alleys on foot and by car. To their surprise, they realized he must have gotten further than they thought possible. There’s a chance he was hiding really well, as dogs who are frightened often do.

Next, they called Animal Control to give a description of Mugsy; should anyone have found him and turned him in, they would have the Gerrard’s phone number.  They listed his photo and information online, using sites like Craigslist, WJBC’s Pet Hotline , neighborhood association Facebook pages and Lost Dogs Illinois. On our site, they found our Lost Dog Search Action Plan and found the fan interaction very helpful. Our fans are so supportive!

Per a thorough search plan, the Gerrards contacted the Humane Society of Central Illinois as well as all of the vets and animal hospitals in their area. They made posters and hung them everywhere they could think of: stores, gas stations, golf clubhouses, restaurants, apartment complexes, and office buildings. Elizabeth and Kevin drove around for five-to-seven hours every single day searching for their beloved Mugsy.

It wasn’t until a very long 22 days later that they received the call they’d been waiting for. It could have been very good or very bad news. (Sometimes senior dogs and those with health problems can’t make it on the streets for such a long period. Finding food is difficult, being off of medications is dangerous, and a lack of agility navigating busy intersections and highways can unfortunately be fatal.) The caller was an animal control officer who told them he received a report of a dog wandering around near Laesch Dairy, located in a rural area about 20 miles from their home. The officer drove to pick up the dog and  he matched Mugsy’s description!

When Elizabeth picked Mugsy up from the animal control facility, they say he was “very happy to see her,” but, he didn’t look very good; it was clear he’d had a rough time in the wild. He had burrs in his hair, one of his eyes was red and swollen, and he was visibly skinnier. Elizabeth immediately took Mugsy to the vet- which they say he didn’t mind at all as he was accustomed to going there- where they removed his burrs, gave him prescription eye drops, and weighed him. He lost 10 pounds total, which wasn’t actually the worst thing in the world; he had been slightly overweight.

Once home, the Gerrards describe his behavior as “very clingy.” He obviously missed his family while gone and was afraid to leave their side.  He couldn’t seem to get enough water, but they kept him on his medication regimen and they say he’s “starting to be his old self again.” Now Mugsy is well on his way to rehabilitation and the Gerrards have put safeguards in place such as installing a gate at the end of their front porch as an extra layer of security in case he makes his way out again. Also, they’ve ordered a GPS device which will allow the couple to track him on their computer and phone if he somehow gets lost again. It seems the Gerrards are doing everything in their power to ensure Mugsy spends the rest of his years by their side, right where he belongs.